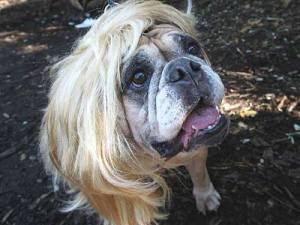 I don’t remember what Maud’s first Halloween costume was going to be; I only remember that, when it came time to put it on, she got really upset. It was getting on evening—the witching hour, as her father and I used to call it—and we were going to a party at Jobeth Williams’s house up in the hills. Let’s see, October: Maud would have recently turned two. She had wispy blond pin feathers and bright blue eyes, and she wore anything I dressed her in—wide-rimmed, polka-dotted hats, do rags with plastic fruit hanging from the corners, blue jeans, swirly skirts. But on this night, she didn’t want to wear a costume. She was like that: a little real. 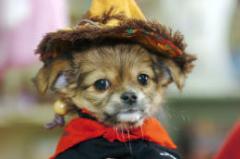 She did, though, let me cut three giant circles out of felt, and safety pin them down the front of her faded blue-cotton pullover dress, so maybe she looked a little like a baby clown. I put a yellow sock on one foot, and a red one on the other. We went to the party, and I remember holding her as the bigger kids approached each large Hollywood house: when they’d yell “Trick or Treat,” Maud would sob, and push her little face into my sweater. 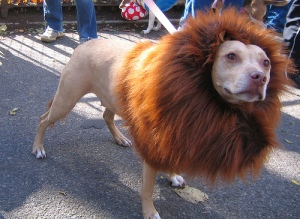 Anyway, in Sag Harbor today, the cops blocked off the street and the little kids paraded around like midgets in drag. It was hard to get teachers to teach at the studio, because they all have babies—wonderful babies—and it is their day. It is the Sag Harbor dogs’ day too—they were out in coats and ears that were not their own.

I’m afraid I’m getting too old and jaded even to be the recorder of events, let alone a participant. I want to say things that will ruin everybody’s fun. I’m starting to think that this is why we don’t know how to grow old: not because our elders never had much to say, but because what they had to say would have been such a profound buzz-kill that they just decided to stay quiet and let it all pass. Which it all would, like tiny cowboys and ghouls and even clowns on Halloween.